For most people dealing with hearing loss, (and a large amount that aren’t), tinnitus, or ringing in the ears, is an incredibly bothersome condition. In recent years a number of hearing aids have emerged as successful treatment options for tinnitus. It’s important to note that these devices do not make tinnitus disappear, but for many people, they are able to in effect, desensitize the individual from the annoying sensation of tinnitus and make tinnitus easier to deal with mentally and emotionally. What these products aim to do is produce a calming stimuli which then habituates the brain to focus on that stimuli rather than the tinnitus.

The vast majority of people who have hearing loss also have tinnitus. It would make sense then, that hearing aid manufacturers are dedicating significant resources to creating tinnitus therapy features in their hearing aids. Years ago, there were multiple hearing aids on the market which were built specifically for patients with tinnitus, but this is no longer the case. Today, almost all hearing aids incorporate tinnitus therapy, whether they are entry level or advanced hearing aids.

It’s important to note that the goal of tinnitus therapy is not to cure or eliminate tinnitus in any way. Instead, it’s designed to retrain your brain to focus on the therapeutic and relaxing stimuli rather than the tinnitus. For many people, this therapy has life changing benefits and provides a great deal of relaxation, which in turn reduces tinnitus. However, when the hearing aids are removed, the tinnitus will return as it was before. It will not be reduced or exasperated, it will remain unchanged.

I’ve fit many hearing aids, both to patients with and without tinnitus. If a patient came to me today with tinnitus, this is the hearing aid I would put them in. It doesn’t mean it will work for everyone, but it’s what I recommend to most of our patients and people seem to like it more than any other model we deal in.

Widex approaches tinnitus therapy a bit different than other manufacturers. Many hearing aids allow wearers to listen to customizable white noise (sounds like “kssssshhhhhhh”). Widex allows for that, plus they employ what are called “fractal tones” (example), which are random sounds, rather than steady noise such as white noise which some patients will adapt to and begin to think of as just another form of tinnitus. Fractal tones are incredibly relaxing, and this is important, because the vicious cycle of tinnitus usually goes like this – tinnitus causes patients stress, stress causes more tinnitus, which in turn causes more stress. Breaking the cycle with relaxing tones is incredibly helpful.

The price for the Unique starts at $1249 per hearing aid. If you don’t have a hearing loss and are simply purchasing the Uniques for their tinnitus therapy, we would recommend purchasing the low-end model, Unique 110. You may also look at the Passion 110 model, which is a little more discreet and has all the same technology as the Fusion model pictured above.

If you or a loved one would like a free phone consultation with a licensed hearing provider, please feel free to call us at 800-731-6794. 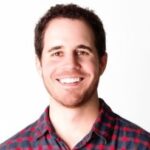 Jeff Hall Jeff is a California licensed hearing aid dispenser and the President of ZipHearing- one of the largest discount hearing aid suppliers in the United States. Jeff lives in San Diego, CA with his wife and young daughter. You can learn more about hearing aids and watch Jeff on ZipHearing's Youtube channel.

Best Cell Phones for Hearing Aids
What is the Most Powerful Hearing Aid?