How Long Does it Take to Get Used to Hearing Aids? 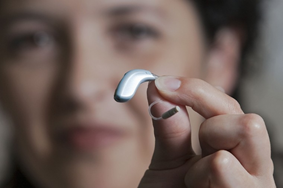 For many people, the first time they try hearing aids things may not sound right. Maybe the volume is too loud, people sound too tinny, they hear their own voice too much, or they just can’t get used to the “noise.” In fact, one of the most common complaints of first time hearing aid wearers is that they are just too noisy. The reason this is a common complaint is because when you wear hearing aids for the first time, you are getting all those sounds that you missed for so long- all at once. Hearing loss happens at such a slow pace for most people that they don’t even notice that they stopped hearing certain sounds. For instance, someone with a hearing loss may not even notice that they don’t hear birds chirping anymore- they just got quieter and quieter as the years went by. Once hearing aids are being used, all those noises come back at once, and they can be pretty overwhelming.

Hearing aid manufacturers and providers alike are aware of this complaint and do all they can to relieve the sensation of everything being too loud in the beginning. Many hearing aids today actually have the ability to slowly introduce sound to you in a more natural way, so you can get used to wearing the hearing aids gradually over time. For instance, the hearing aids may be set at a very low volume with some of the features turned off. As you begin to get used to the hearing aids, the hearing aid will automatically start to get louder, or your provider may begin to turn them up a bit. I often set my clients’ hearing aids at a low volume for the first week, and by the second or third week people are asking me to turn them up once they’re used to everything and realize they want to hear even better.

So wearing hearing aids can be a bit overwhelming at first, and some things may not sound right, but usually after a few weeks of programming by your provider the hearing aids will start to sound more natural. I would say that it usually takes people about 2-3 weeks to get used to hearing aids. It’s very important that during your trial period you wear the hearing aids as much as possible, so you can get used to them. Many of the people who say they just never got used to them are people that wore the hearing aids for a few hours here and there, but never committed to wearing them 16+ hours a day for several weeks at a time. I would say the majority of people that do as their provider instructs them and wear them almost all day for several weeks in a row end up doing well with hearing aids and really benefit from them- but you have to get through that initial hump where everything seems kind of “off.” If by the end of your trial period you still aren’t used to them, chances are you need to try working with a different hearing provider, switch to a different style of hearing aid, or maybe even a different manufacturer. There are enough products out there today that with patience you should be able to find a good match for you that you will eventually get used to.

If you’d like a free phone consultation with a licensed hearing provider, please feel free to call us at 800-731-6794. 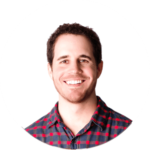 Best Cell Phones for Hearing Aids
What is the Most Powerful Hearing Aid?