6 Things You Should Know About Earwax 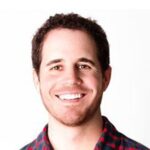 We call it earwax, and it serves a purpose.

It’s actually a lubricant that protects your ear and helps shed dust, skin and foreign particles from the ear canal.

Earwax also protects the canal from irritation, which keeps the skin from itching.

It seems obvious that our eyes get cleaned and lubricated by tears.

You might be surprised to learn that a sticky substance like cerumen could have the same benefit for your ears.

Earwax is designed to work its way out of your ear canal.

Normally, earwax moves toward the opening of the ear canal, where it dries and falls out.

Movement of the ear canal when you open and close your jaw to talk or chew food may contribute to the process.

However, cerumen doesn’t usually need any help getting out of the ear canal.

The best place to wipe away any excess wax is outside the ear canal, not deep inside.

To get wax out, don’t shove it in

And every single one gets a big “don’t do it” warning from doctors.

For one thing, it’s hard to look in your own ear to find out if you’ve got a blockage, unless you have special video equipment. B

esides, attempts to clean wax from your own ears can actually make the problem worse.

There are at least two risks of trying to clean the inside of your own ear canals.

The first risk is something doctors call cerumen impaction.

That’s when the outward flow of earwax gets blocked, causing the wax to build up.

It can lead to decreased hearing, discomfort, or infection. Some people are prone to cerumen impaction by no fault of their own.

In many cases, cotton swabs are the culprit because they can easily push wax deeper into the ear canal.

The second risk is that of injury, including cuts and scratches or worse—puncturing your eardrum.

This may seem unlikely, but the consequences are serious and very painful. It only takes a little slip for a sharp object pointed toward the eardrum to go a little too deep.

Burning ear candles? You’ve got to be kidding!

While I’m on the subject of how not to clean out earwax, let me add that burning candles in or near your ear is never a good idea.

But you don’t need to take my word for it.

This advice comes with the authority of the United States Food and Drug Administration or FDA, for short.

The FDA warns that ear candling may lead to burns, block the ear canal, or even perforate the eardrum. Ouch!

They’re for your teeth, not for your ears! Just as a sharp wooden toothpick could do, a pressurized stream of water aimed in the wrong direction has the potential to penetrate an eardrum.

Excess earwax is the most common cause of partial hearing loss

Earwax may be the most common cause of partial hearing loss, but it is also the most treatable.

Since the wax builds up gradually, hearing decreases little or not at all initially.

When wax builds up to the point of fully blocking the ear canal, the problem becomes more noticeable.

Hearing problems due to earwax buildup can cause a lot of distress, because it’s natural for people to assume the problem is permanent.

Oddly, when people start to worry about hearing loss, many will avoid getting a hearing test, rationalizing that it’s somehow better not to know than to confirm their fears.

When they finally develop the courage to make an appointment they wish they had done it sooner. Finding out the hearing loss was only temporary adds to the relief of having the problem resolved.

Unfortunately, one of the most common causes of earwax buildup is something people commonly do at home to clean their ears.

As I mentioned above, when people use cotton swabs in the ear canal, they often end up forcing the wax deeper. Sometimes, the wax gets pushed all the way back to the eardrum.

Hearing aids can interfere with the ear’s self-cleaning process

Hearing aids that sit snugly inside the ear canal can get in the way of earwax on its way out of the ear canal.

Usually, this doesn’t cause much of a problem, but it’s something to be aware of if you ears are prone to wax buildup.

You should schedule a “clean and check” appointment with your provider once a quarter.

During your visit, they can clean your hearing aids and if needed remove wax buildup in the ears.

If you tend to have more wax buildup, you might want to schedule a clean and check every one or two months.

Some people produce more cerumen than others

If your body produces a lot of earwax that does not readily make its own way out, a quick visit to a doctor or audiologist to get your ears cleaned will get you hearing again.

As you get older this this situation tends to start occurring more often.

Don’t let wax obstruct your hearing. If your hearing gets muffled, or you feel increased dizziness, or ear aches happen more frequently, go see your doctor.

A medical evaluation can help determine whether the problem is due to excess earwax or another issue.

Over 12 million Americans get earwax removed each year by medical professionals.

Your provider can use an endoscope to see directly into your ear. And once they have a good view, they use slender, spoon-like curettes that fit into the narrow space of the ear canal to gently remove the wax.

This treatment is typically quick and painless. You’ve heard waxy blockage horror stories. Don’t be the one who is having to tell your own horrible story.

If your hearing is getting muted, make sure you get your ears checked and cleaned.

For more online information on cerumen impaction, these two links have some great information:

What Are Hearing Aid “Programs” or “Memories?”